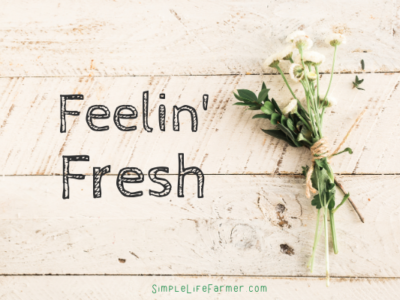 Here we are with the new year rung in, and it already feels like its only 5 minutes away from the easter festivities – for those whom celebrate such things… END_OF_DOCUMENT_TOKEN_TO_BE_REPLACED 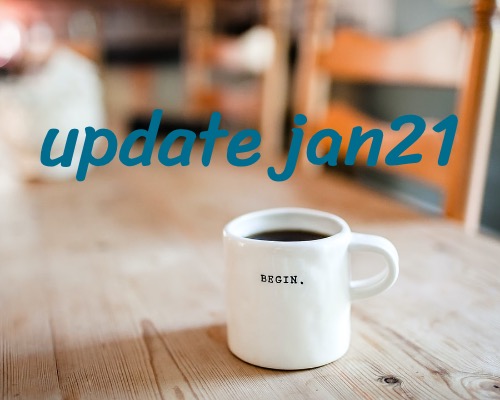 Without further ado, I’m again going to do the “Take Stock” thing that I do a couple of times a year.
So here’s what’s going on with me right now! END_OF_DOCUMENT_TOKEN_TO_BE_REPLACED 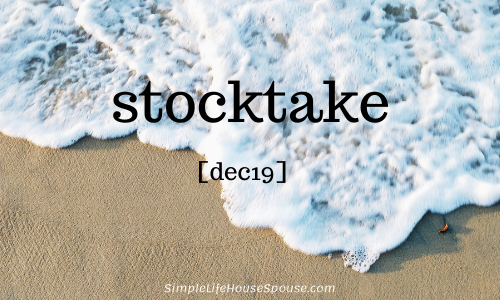 It’s been months since my last post cos I’ve been all over the countryside doing alllllll the things.
There’s soooo much to write about, but for now, I’m ripping the bandaid off and posting a simple stocktake of where I’m at right this second, to hold y’all off until I can finish up with a proper update…! END_OF_DOCUMENT_TOKEN_TO_BE_REPLACED 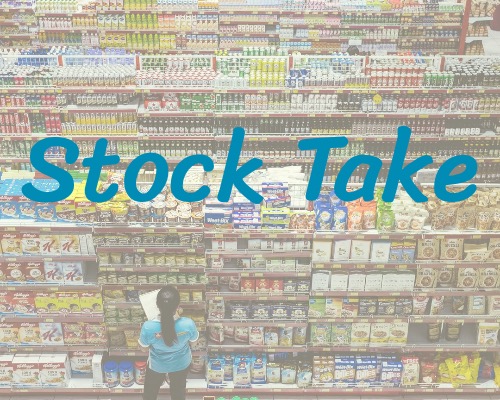 Without further ado, I’m going to do the “Take Stock” thing.

Here’s what’s going on with me right now…

Making: a bit of a tidier ‘nest’ for our daughter who is due to give birth in less than 36hrs.
Cooking: not much at all just yet, but it will be our ‘turn’ in the coming days.
Drinking: coffee always, and finally back to having the occasional tea.
Reading: 30,000 bottles of wine… END_OF_DOCUMENT_TOKEN_TO_BE_REPLACED 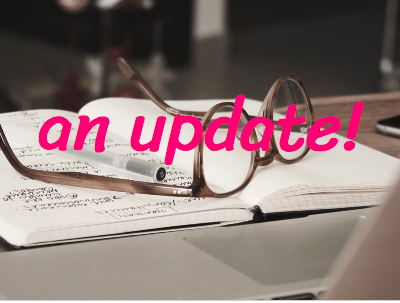 Its hard to fathom that its already been a month since the horror of not knowing if my Family was safe, following Hurricane Irma.

It was just over 48hrs after the hurricane swept through Tortola, before we finally heard that our Nephew, his family and two small children were safe – and another agonising 36hrs before we heard that my sister was also safe, and had managed to walk for miles – through what was basically a war-zone, to be reunited with them.

The relief when I finally heard my sisters voice on the other end of the phone line, was beyond description, and I hadn’t realise just how “wound-up” I’d been, until the exhaustion hit the following day, and I ended up getting sick, which we figured was probably a reaction to the stress I’d been under.

That whole business of remaining stoic during the crisis – and then falling into a puddle after its all over, type business.
Yep – thats exactly what I did!!

I ended up having 2 days off work – mental health days – to get myself back together, to sleep, and to just ‘heal’ from all that had gone on.

I’ve been putting in as much time as I can on my days off (which is usually about 3 hours at a time), into getting the house in town more prepared for finally being ready to go on the market.
I’ve got the majority of the painting done, and the general clean-up, and just have some touch-ups to do, the fridge cavity to paint, and the front room to clean properly, and I’ll have done most of the stuff that I am able to do by my self.

I need my Love to get a few chores done – and the chain has been being dragged there a bit.
I get that its a shitty job, and that motivation is lacking – I feel exactly the same way – but unfortunately we don’t have the money to get someone else in to do it – so we just need to suck it up, do what we gotta do – and get this proverbial bloody noose from around our necks!
There is no easy way out of this! (dammit!)

Earlier in the year, when tickets were first released, we managed to score two passes to the Elton John concert that was coming to the near-by City, in September.
We’d pretty much forgotten all about it, until the media hype surrounding the event sparked up and reminded us – so last weekend, off we trundled to the concert.

It was really good, and he can still belt out a song as well if not better than he ever could – and for ¾ of the concert, I was having a lovely time.
We had a great view of the stage, and were pretty much almost close enough to smell his sweat!

Then, at the ¾ mark, the security whom had been soooo good up until that point, decided to let the crowds that had been at the back of the stadium, surge down to the front.

Let me tell you – when there is a 25,000 strong crowd of people, surging around you – its more than a little overwhelming!!

For the last ¼, of the concert – my anxiety kicked in big time, and I think at the time, that I was pretty sure I was going to die in that Stadium!!!
I don’t think there was much at all that I heard of the last quarter – and what was going on for me, was a rush of adrenalin surging through me, that translated to the whoosh of a jet-engine inside my head.
It wasn’t nice….

Once the concert was over – getting out of the Stadium was surprisingly uncomplicated, and the congestion wasn’t too bad at all.
Unfortunately we then had a two hour wait, standing in a very slow moving line, to get a cab back to our hotel.
And apart from some of the foul-mouthed idiots that were in the line behind us – it was actually a relatively painless process!

I’m still going to the Physio on an almost weekly basis – and have had a bit of a back-slide in the last fortnight, which was exacerbated by the concert weekend, and spending so long sitting in a hard plastic chair, and then another couple of hours of standing in line for the cab.
So my body is having a bit of a flare-up at the moment, and the pain-levels have kicked up a notch or three.

Thankfully its nowhere even close to the pain I was in earlier in the year – but its been a frustrating reminder that I will never be truely ‘over’ this stuff, and its just a case of managing the condition as best I can, with help from the professionals…

I did get a bit of sad news last week during my Physio session though.
My Physio girl is going on an around-the-country adventure, and has resigned, and will be leaving as of the end of next week.

She has helped me so amazing much over the last eight months, that a part of me is a little bit scared of her leaving…
I’ll be moving over to another Physio in the same practice – whom I’ve seen numerous times and have a decent rapport with – but a part of me has come to rely on the ‘genius’ that my current girl has been.
She has made such an incredible difference to my abilities and pain levels over the previous months, that I can’t help but wonder how it will all go without her ‘by my side’, cheering me along.

I am incredibly excited for her though.
She is a wonderful young woman, with the world at her feet – and she should be going out there and grabbing every opportunity she can, with both hands.

Today – I had my first full day at home in a verrrry long time.
I didn’t go to work, I didn’t go to the house in town, I didn’t have to leave the Farm for anything – I just got to stay home all day – and it was BLISS!!

My Love had to go to work til about 1pm – so I was home-alone for the morning, to revel in it to the full!

I did laundry, had a solo breakfast whilst reading one of my favourite books, rearranged my closet, packed away most of the winter clothing, took the heavy blanket off the bed, did dishes, tidied the kitchen, and all the while listening to some of my favourite podcasts.
It was just sooo incredibly good for my soul – and a day that I desperately needed.

I’ve also had a birthday in the last month, and got a beautiful dinner cooked for me, and a relaxing evening spent at home with my Love, just being fed and generally pampered…

On the work front, we have a new member of Management starting next week.
A position that has been empty for the last two years, due to us not being able to find a suitable candidate to fill the position – so fingers crossed that it works out well, and takes some of the load off the rest of us who have been doing the duties of the position in the interim.

I’m a bit concerned that we have been doing those duties for so long now, that there won’t be enough of a ‘shifting’ of the duties to ease the load much – but I need to go into this with an open mind, and trust that the right thing will happen, and that the stress of the last few years will be relieved at least a little…

A bit of excitement happened this week.
Our neighbours on the northern side went for a day trip up to the rainforest, and while they were there visited a small intensive farm, that grew vanilla, amongst other things.
It seems that while they were there, the experience of what could be done on a relatively small parcel of land – lit an incredibly wonderful fire of enthusiasm into the man-of-the house, and he came home full of plans, eagerness and green type ideas of what he could accomplish on his own 1ac block – and a burning desire to learn everything he could about permaculture, gardening, food-forests and the like.

So this morning, I loaded up a hard-drive with ebooks, shows and various interesting links, and added a couple of all-rounder type books from our bookcase to the parcel, and handed it over the fence for him to dip in to.
He was pretty excited by it all – and headed off inside with his booty.
Hopefully he’ll enjoy it, cos for me the excitement is in having someone right next door to share knowledge, resources and a joy of this type of mind-set!!

We’ll be getting a couple of new-to-us unwanted hens in a couple of weeks, so it will be a learning curve of integrating them with our two bantams Jac & Izzy.
Hopefully will all go smoothly, and they’ll be happy to live together.

Despite the heat and dry of the last couple of week, the gardens are flourishing, but its looking a bit like we might lose two of the trees we planted a few weeks back.
They’re struggling a bit at the moment, so we’ve been giving them some extra care – but only time will tell if we can nurse them through this rough time that they’re currently having. Fingers crossed!!

Well – its Sunday which means my Love and I get to spend the day together getting some jobs around the Farm done – so I’d best get on with it and “do stuff“!!

Have a great week all.
And remember – sharing is caring… 🙂 you never know who of your friends might be interested in the Adventure!
I hope you do 🙂

Until next time – have a good one and look after YOU!