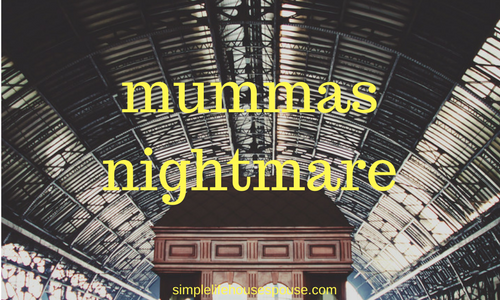 This morning started in the way no Mothers ever want it to.

A missed call on my phone before 7am, and a voice message.

Checked the voice message, and it was someone I didn’t know, telling us that our second youngest son had been in a motorbike accident.
He had been on his motorbike on the way to work, and had been hit by a car.

We live a 1 hour drive then a 5hr flight, or a 24 hour solid drive, away from where he lives.
Our stomachs lurched.

It was his boss Wayne whom had called us, and on calling him back, we found out that Wayne had seen him put into the ambulance approximately a half-hour earlier, and had briefly spoken to him prior to the ambulance heading off to the local hospital, which he gave us the name of.

At least we knew our son had been alert when he was carried off – alert enough to give the guy his Mummas phone number at least.
Good sign – hopefully…

We then rang Hospital A, where they had taken him – only to find out that he hadn’t turned up there(!!) and they suggested that he might be at Hospital B if his injuries were substantial or required immediate surgery. 😐

While this was happening, my Love was on the other phone, calling our youngest daughter who is a Doctor in an adjacent City to where our son lives and works; to see if she knew anything or could find out anything.

We then rang Hospital B, and thankfully he was there.
All they could tell us was that he had literally just arrived, and was being seen to by the doctor at that very moment, and that they wouldn’t be able to update us for at least a half-hour, possibly more.

Wayne then rang us again, in a bit of a panic as he had gone to Hospital A, and had found out that they had taken our son to the more acute care hospital further away, due to some concern that he was exhibiting signs of internal bleeding – and he wanted to let us know that he was now on the way to Hospital B.
Bless his heart!

The next few hours were pretty scary.
One feels sooo helpless when you’re far away from your babies, and you know things aren’t right with them – and theres not a damn thing you can do!

Finally we got to speak to him very briefly, and although he was groggy, and tearful (in shock!) he was in quite good spirits, but a fair bit of pain.
He had just had scans done, was awaiting results, and was being given more pain medication.

The day wore on, and we only received sketchy updates, until finally around 5pm, when we heard that he was well enough that they were going to let him go home.

We spoke to him again briefly after he got home last night, and he was very sore and still very shaken – as was to be expected – and was on his way to bed.
But he had got to hold his daughter, and we know that that alone is enough to give him the strength to bounce back to full health, quickly.

We feel so very blessed and fortunate to have had the day turn out so well.

It could have gone so very very differently…
Today, we could be mourning the loss of one of our children, but instead we are feeling so very thankful and grateful that things turned out as they did!

Don’t forget to tell your kids how much you love them, and how proud you are of them – you never know when you might not get the chance to do it ever again… 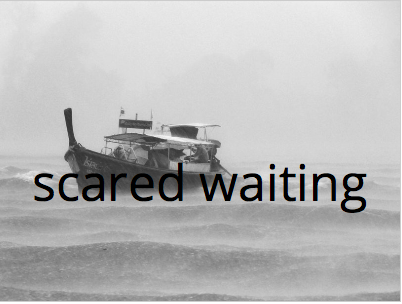 I am SO damn frustrated and cranky today!!!

There are a few things that have ‘led’ me here – but I guess the main one is fear and concern for my Family….

My sister, nephew, his wife and their two kids live in the BVI, and hurricane Irma has just gone through, and absolutely devastated the area.
My Family members are currently ‘missing’ – having not been heard from in over 48 hours now.

We’ve been searching online, ringing, posting, asking everywhere we can think to – all to no avail thus far…

I had decided that as its one of my days off from work, I should go into town and get some work done on the town house, as apart from a bit of a sort-through that bathroom cupboard a few days ago, I haven’t been in to get any cleaning or anything done since the kids left almost a week ago.

Soooo – the place in an absolute mess.

I got some stuff sorted, and other stuff thrown aways, from the kitchen, and I also managed to get a first coat of paint rolled onto the hallway walls while I was there, but it will need another coat, and then I’ll need to go back around it twice more once its dried, to do all the edges – but that will have to wait for another day.

The bath and vanity alone took me over an hour to clean – which just made me super-mad, that anyone could leave someone else home in this state! (let alone family that had been here to help!)

And then I got mad at My Love – cos she goes to the house daily, and had to spend about 45mins there just yesterday, waiting for a bloke who never turned up – and I couldn’t for the life of me see anything that she had done about the place, other than feeding the cats and putting empty cat-food tins in the kitchen sink!!

And then I got mad at the builder, who hasn’t been back to the house in over three weeks, and has left off ¾ of the way through doing the deck roof, AND has left his work-shit spread everywhere…!