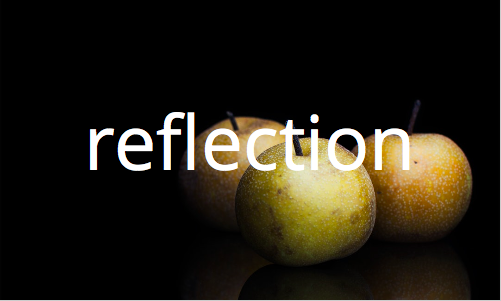 On reflection – the other day, I was shown a perfect example of how I know I’ve changed over the last couple of years.
I had to go into town to do some shopping and plus a Physio appointment, but I was also going to the house in town prior to all that, to do some cleaning up.

I was halfway to town when I realised that I had forgotten to bring my coffee!
(many of you will know how dire this is, as far as I’m concerned! lol)

I always make myself a coffee in my keep-cup before I leave the house, and I knew it was back at the Farm, sitting on the bench next to the kettle – just waiting to be filled.
I was quite cranky at myself because I realllllly hate to buy coffee, but I especially hate the waste of the cups that takeaway coffee comes in, so if I’m out and I do have to buy coffee, I get them to put it in my keep-cup.

I knew that by the time I had finished doing all that stuff I had to do in town I would be desperate for a coffee.
I also knew we still had coffee at the house in town.
So I made the decision that instead of buying a takeaway coffee I would duck into the supermarket on the way to our house in town, (which would take right about the same amount of time as going through the drive-thru) and get a small container of milk.
I also did some of the grocery shopping I had planned to do later while I was there, getting everything except for the cold stuff – which I would get after I had finished at my Physio appointment.

I then went to the house in town and made myself a coffee with the milk I had just bought – and was even lucky enough to come across an old keep-cup that was still stuffed in one of the cupboards there.
WINNER!

So I spent the next couple of hours doing the necessary chores around the house in town, and managed to get a bit of packing and culling done as well – then it was off to the Physio.
That took about an hour, and I then went to get the cold goods from the grocery store.

I had only just got to the store when my stomach started reminding me that it had been waaaay too long since I had put food into it – and here I was, wandering the aisles of the store, in that mode we are always warned about: “Never go to the grocery store hungry.”

I was pretty much beyond hungry – and was moving quickly to ravenous!

And of course, as is planned by the masters of grocery store design – the rotisserie chicken was smelling wonderful, the bread smelt heavenly, there was a myriad of pre-cooked takeaway in the hotbox that tantalised me with their heady scents.
Hot chips, marinated chicken pieces, pies….. ~groannnnn~ – they allllllll seemed to want me to rescue them and make them mine!

But you know what?

My conscience had an epiphany….!

I didn’t need to pay for that shit – and shit is what it was.
It wasn’t reallllll food – it was junk.
I wasn’t gonna die in the next 15mins that it would take before I got back home to the Farm – and I had leftovers from last night waiting for me for my lunch, which wouldn’t cost me a cent, which were healthy, and which would be delicious.

SO I RESISTED!!!
Yaaaay ME! lol

Once home, I got out my left-overs lunch, sat at the table with a nice book, looked out over the garden – and I gotta say, I was actually pretty darn proud of myself!

And yep – I was right – the lunch was bloody delicious, thank you very much! 😀