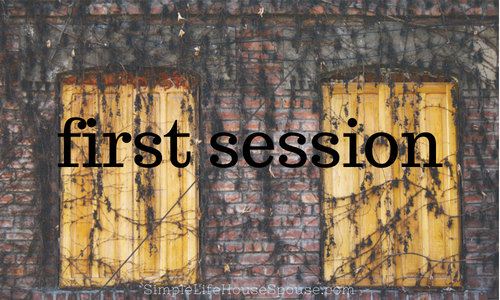 Well the poor counsellor probably needed a bex and a lie-down after she had finished her first hour with me the other day!

It was pretty much like shaking up a coke bottle then flipping off the lid.
A whole damn lot of built-up stuff just came spewing forth filling up every spare space in the room.

The counsellor was a lovely lady and despite me having a panic attack on the way to the appointment – as I wasn’t sure I was in the right building or even in the right waiting room and I was almost late, which always riles me up no end – but once I was settled in on the little couch in her office, I quickly felt comfortable with her, and didn’t feel wary, judged or too vulnerable to be able to feel like I couldn’t speak freely.

Session #1 was pretty much a brief overview of birth to now, and as she said, she could see why I was feeling a little overwhelmed right now – and I think was a little surprised that I hadn’t got to the point of overwhelm long before now!

It was sort of funny watching her try and work out our family dynamics, and even funnier knowing that thus far, she only has the dynamics of my birth family, and my marriage and kids – we haven’t managed to get into any of the nitty gritty yet – like how my best friend is actually My Loves ex-husband! lol

That conversation should be extra entertaining :)))

Although I was incredibly drained, I felt mentally ok enough with going back to work, so I did – which ended up being fine, as I was incredibly busy for the rest of the day and therefore didn’t have time to dwell or think too much on what my morning had been like…

Needless to say probably, but I was emotionally exhausted by evening, but still managed to get more done when I got home from work than I had managed in the last couple of weeks.

I decided to take the next day off work, as not only was I still processing, but I had to fly out the day after as I was flying to Brisbane, hiring a car and then driving 2hrs north to meet up with family who didn’t know I was coming – and I wanted to get everything sorted at the Farm for while I was away, do some grocery shopping so that my Love didn’t starve to death, and get my bag packed.

I had only planned for carryon baggage, which limits me to 7kg, and with my laptop and charger already coming in at 2kg, that doesn’t leave a whole lot of wiggle room for everything else that needed including!

The amazing thing was though – that the day following my first session, I actually felt the best that I have felt since before I went to New Zealand.

So here I am now at my brother and sister-in-laws place, with a pile of family members; and we have spent the day firstly with my sister and I going and seeing my mothers husband at the aged care home – which was supremely taxing – and then she and I going to their house where we met up with the brothers, and dealing with the cleaning and just generally airing the place out ready for the real estate agent to come through and meet with us on Monday about listing the house for sale.

Its been a really tiring day and the introvert in me is squirming rather a big bit at having all these people around me 24/7 – and of course being away from my Love and being in a strange bed I am not sleeping terribly well – but it is nice to be surrounded by cuddly rellies that I don’t get to see very often – but I’ll still be super-glad to be back with my darling!