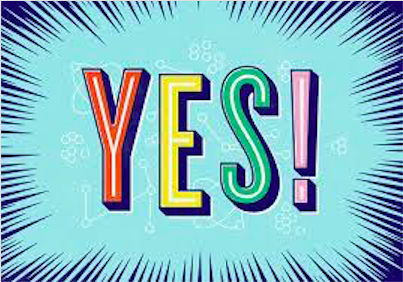 I have been sitting here alternately crying and grinning like a twit.

Today has been a very momentous day in Australia…

For the last three months, our country has been ‘experiencing’ a plebiscite.
For those who don’t know – a plebiscite is a non-binding public opinion poll.

The plebiscite was to garner the opinion of the entire Australian population of eligible voting age – on whether or not same-sex couple should be ‘allowed’ to marry.

Its been a very difficult time – emotionally – for a lot of same-sex attracted people.

Imagine if you will, wanting to marry someone, and not just having to ask for the hand-in-marriage blessing from your intendeds parent/s – but to have to door-knock the entire nation to get permission?

Thats pretty much what this plebiscite was doing…

My Love and I initially married in a very quiet private ceremony at Port Douglas in 2001.

In 2004, we decided to have another ‘big family wedding’ – the whole thing with parents, kids, aunts, uncles, brothers, sisters, friends etc etc – as some of them felt a bit duped that they hadn’t been to our original wedding, so we planned it for September 18 2004.

On August 12th 2004, then Prime Minister John Howard made an amendment to the Marriage Act, to define marriage as the union of a man and a woman; and to clarify that same-sex marriages entered into under the law of another country would not be recognised in Australia.

We still went ahead with our wedding a few short weeks later – and whilst a lovely time was had by all, there was also that sadness that our Marriage was now no longer recognised by the country in which we lived.

In a strange turn of events – some government departments recognised same-sex couples (eg: centrelink, medicare, tax dept) whilst others did not.

The Spouse of a same-sex person could be denied next-of-kin rights such as visiting them in hospital, making legal and emergency decisions on their behalf, having inheritance or pension rights etc etc.
There were a whole range of ‘rights’ that did not apply to same-sex couples – regardless of the length of time their relationship spanned.

It was a scary and horrific time, and one in which same-sex couples had to spend astronomical amounts of money in legal fees to try to secure their future, and ensure that they were covered for any possible eventuality – however even with those provisions in place – birth family could fight and overturn those provisions…

Today – the result from the plebiscite was announced at 9am, by the Bureau of Statistics.

The result was a resounding YES!

This does not mean that same-sex couple can all suddenly get married.

What it means is that the nation as a whole has given their opinion that it is “OK” for same-sex couples to marry.

A Marriage Equality Bill still needs to be put through Parliament and voted upon by our politicians, and passed – in order for same-sex unions to become a reality.

Our current Prime Minister has made a media statement this morning stating that this Bill will be through Parliament and passed, and that Marriage Equality will be in by Christmas.
But we won’t know if thats true – until it comes to the actual crunch.
And as I write this, there are plans to present that Bill in Parliament later on today.

However it may pan out in the coming weeks and months, today has been a ‘win’ of sorts.

It has shown that the Australian public is more than ready to have same-sex couple treated equally under the law.
It has shown that Australians understand, support and believe that same-sex couples aren’t deserving of being second-class citizens.
That we aren’t deserving of being discriminated against.
That our Children have the right to recognition of their Family.
That our relationships matter just as much as any one elses…

Today has shown acceptance of US and our very LIVES.

As is often quoted: “It doesn’t matter who you Love, or how you Love, it matters that you Love…”