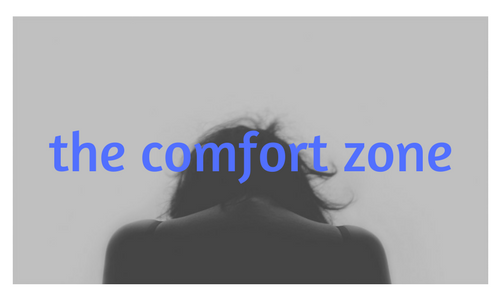 This week I took myself well and truly out of my comfort zone….!

On one of the online groups that I am a member of, a woman was looking for some wax, and a discussion on the making of wax wraps (instead of using plastic wrap) ensued.

After a bit of too-ing and fro-ing, it was decided that a group of us would meet up at on Thurday at 4pm, and have an afternoon of having a go at making them.
None of us knew each other, and the lady that had agreed to host the gathering in her home (Melinda), is a new arrival to the area.

Now – I am a notorious hermit.
I like my home, and I like pretty much sticking to it.
Other than work and the grocery store, I really don’t go out much at all.

Also – my circle of friends is very very small.
And I am not one of those people who gets excited about meeting new people.

I especially don’t much like going to a place I’ve never been before and walking alone, into a group of people whom I have never met.
I am also notoriously good at getting lost – so that adds yet another layer of anxiety to this sort of thing – and I am a stickler for being on time (which for me means 15mins early!) – so if I do get lost – I’m also going to be late….!
[can you feel the rapidly rising panic going on here…?]

Anyways…… Thursday rolled around, and I kept myself super-busy all morning around the home, cleaning, decluttering, doing laundry – pretty much anything I could think of.

Alas – around 1pm, the nervy-nausea kicked in.

By 3pm I had a full blown stomach-ache, and had just about convinced myself that I had eaten something dodgy, and was probably in the throes of dying of food-poisoning or some such thing.

3:30pm: it was time to leave, as I had a 20 minute drive to get to the hosts home.
It had begun raining quite heavily…

Should I go?
Shouldn’t I?
What if I really am dying – it wouldn’t be good for the poor lady for me to do it in her kitchen!
What if I’m just being a sooky little wimp who seriously needs to grow a backbone?

I’d sworn black and blue on Monday that I wasn’t going to be a baby about this, and that I was just going to pull up my big-girl pants, whack on a brave face, and go – so it was now the time to back up my big bold words.

I got in the car, and drove to Melindas.

Big deep breath, shoulders back, another deep breath – and off I went!

Thankfully the front door was already wide open, and I could get a quick visual of the room and the people in it before I actually reached the door.

I walked up to the door, and called out “knock knock, its Sarah” as I slid my shoes off beside the mat, next to some other shoes.

By the time I looked back up, there was a Lady in the doorway, who greeted me with open arms – literally.
She pulled me into a big hug, and said “Hi I’m Melinda, thanks so much for coming.”

A big part of my anxiety whooshed out of me right there.
This was a warm welcoming Lady, and I already felt like I had someone in my corner…

There were three others already there when I arrived, and we all introduced ourselves to each other, and the discussion that was happening when I arrived, continued.
Another lady arrived not long after me.
We tossed around ideas of what we had each read, looked at the different kinds of wax that was available for use, flicked through material samples that were available for use, and just generally chatted.
Alas, one of the ladies had to leave not long after arriving, with an allergic reaction.

At various times throughout the afternoon, I had conversations with each of the ladies present.
We all seemed to work quite well as a ‘team’ of sorts, trying different things, and working out which methods we trialled worked best.

The time passed quickly, and before I knew it, dusk was settling in, and it was time for me to leave, because I can’t see well at night, and so prefer not to drive in the dark.

On the way home, and again today, I’ve reflected on the afternoon, and how much I had actually enjoyed it.

Its not that I had expected not to – its just that I hadn’t thought about the possibility of enjoying it at all – I was too busy having anxiety about it.!! lol

So I came away having gained some great things from the experience:
– two of the Ladies I feel like I really ‘clicked’ with, and we have tentative plans to arrange another catch-up with each other soon
– I’ve learned a new skill
– I have a snazzy reusable sandwich wrap made from recycled goodies
– and best of all: I threw caution to the wind, took myself waaaaay out of my comfort zone – and I survived
(and as a bonus, I don’t think I made a total dick of myself either!!) 😀

Hoping you have a good weekend,
Cheers,