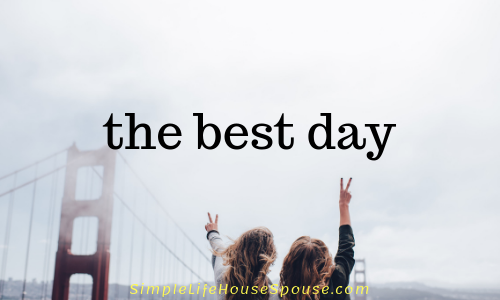 I had the best day on Sunday!

We’d planned to sleep in, but our cats and dogs had other ideas, and decided to wake us up at some ungodly hour – and instead of going back to bed after they’d all had their morning constitutional, we decided to just get up and have our coffee and start the day.

The weekend before we had planned to get our exterior cladding finished, but thanks to running out of the nails we needed, and none of the local hardware stores having the required nails, it didn’t get finished.
And through the week we’d been unable to source any replacements anywhere else other than down the hill – an hour away.

So – on Sunday morning, we decided to take a drive down the hill to get some – despite it being undoubtedly cheaper and easier to wait and just order them in…

Coffee cups and water bottles filled, off My Love & I headed – grabbing some breakfast to eat in the car on the way down.

Just over an hours drive later, we decided to take a side-tour to the local animal rescue shelter, to see what dogs and puppies they had on-site at the moment.
We spent about a half hour wandering around saying hello to lots of lovely doggies and puppies, and just as we were about to leave, we both spotted a lovely little girl who hadn’t been in her cage when we’d done the first lap.

Rosie was a lovely little brick-shaped staffy, with a gorgeous smile – and we both immediately ooh’d and ahhh’d all over her.
At the same time, we both looked up to read her paperwork – which is on the front of each cage, to see how old she was – as we’re pretty keen on adopting an older dog, rather than a puppy.
Alas – something had been added to her paperwork that wasn’t there when we did our first walk-though: ADOPTED.

So then we headed further into the ‘big city’ to Bunnings, and immediately found the nails we needed.
Of course – one can’t just go into Bunnings, get what you need, and leave – one must also look around.
It’s sort of obligatory!! :)))

Thankfully we did – as we also found the huge industrial pedestal fan that we have been lusting after for quite some time – and it was on sale for over $100 cheaper than usual!

As we can’t yet afford the air-conditioner we’re going to so desperately need once the heat kicks in properly, fans are the way to go for the time being.

Last year we tried a huge wall-mounted industrial fan, but unfortunately it just didn’t work properly, and was not only such a major fiasco to install, but also made our entire little home vibrate and rattle like crazy – and made an absolute racket that was almost impossible to actually sleep though – so we ended up having to take it down and return it.

Since then, we have just been using small pedestal fans, which are ok to a point, but just don’t really cut it when its super-warm!

But this new one is a ripper!
We test-drove it last night, and it was fabulous! :)))

Anyways – – – after the Bunnings adventure, we decided to drive to one of the Northern Beaches that we love, to go and have a cheeky little splurge on lunch.

When we arrived there about 40 mins later, there was an unusual amount of traffic, even considering it was school holidays – and after driving down the first part of the main beachfront esplanade – we found that ¾ of the Esplanade had been closed off for some Festival or other that was in mid-swing!

We drove around the back streets for a while trying to find a park, but with no luck, so decided to go to one of the other beaches to see what we could find for lunch.

Two more beaches later, and we still hadn’t found anywhere nice for lunch – so it was back to the big shopping centre on the way home, and we had our usual lunch in the food-court there.

What we did have though – was a lovely drive around some of the places we used to drive around years ago on our road-trips, and it felt a little bit like a mini-road-trip for both of us.

After lunch, it was time to head back up the hill to home.

At the top of the range, we took another detour to one of our old favourite ice-creameries (we’ve been going there on and off for about 18 years!) – and got ourselves a decadent ice cream each, and sat in the park, just enjoying the ice-cream, the location, and some chatting to one another.

After the ice-cream, we drove home – where the dogs were very happy to see that we hadn’t run away and joined the circus. lol

So why was it such a good day?

We did stuff we haven’t done for a long time – stuff that we used to do often.
Driving around, laughing a lot at stupid shit – and pretty much pretending we were on a mini-road-trip.

Talking lots, laughing lots, reminiscing over old times when we’d been to the same places – and things that had happened on those trips…
Road trips were something we used to do a lot of – but we just don’t seem to do them anymore – and we miss them.

It was a lovely day of un-planned-ness, and just pure delight and happiness – spending time together.

These are the days that a beautiful Life are made up of!