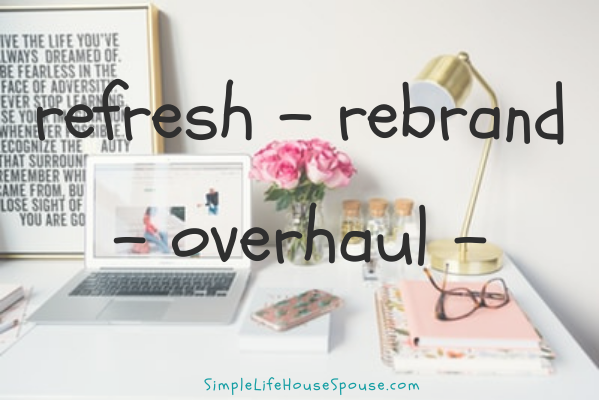 Having sat with it for a while now, as mentioned in my Stocktake Oct20 post I have been wondering whether or not to continue on with this site.

I have been unsure whether to just leave it online as a sort of ‘reference’, whether to close it entirely, whether to continue on with writing in the same vein that I have been previously; or whether to head in a completely different direction.

To be absolutely honest – I am still very much undecided.

However I have come to somewhat of a decision — of sorts…

I have decided to initially do a refresh of the look and style of Simple Life Farmer, and to rebrand the graphics for which the site has been known for, over the years – and just do a bit of a general overhaul.

I am hoping that in taking a step back and re-doing the creative visual aspects of the site – that it will either reignite my enthusiasm for this particular site – or will definitely help me decide that the time has come for me to step away; whatever that may look like…

Having been writing in this particular space for over half a decade now, I do know that I don’t want to just delete the whole thing.

At the time of writing this, there are over 130 posts on the site, and it feels like it would be a disservice to myself to trash it all.

Whilst I would definitely download an archive of the site if I chose to delete it (for posterity-sake as it were) – it still feels kind of good to come here and see / read my changes and growth over the years, and look back on particular times, remember and smile (or grimace! lol).

What I do know at this point in time is that I have at least one more post in me for this site – as there is something particular that I want to look back on from those early days, so you can expect that to show up at some point.
😁

In the meantime, I will be here from time to tiem, hiding out in the background waiting for creative inspiration to take a hold of me and give me a good ole nudge!

Until next time… be kind to yourself,