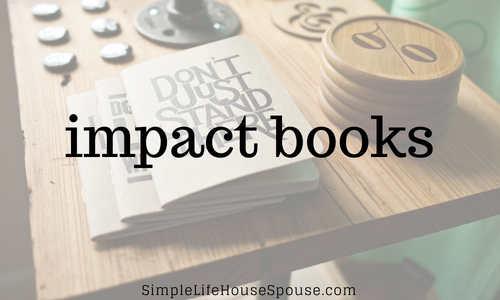 There have been two books in my life, that have had a major effect on my Life.

The first was “The Alchemist”, which I read in my very early 20s.

Somehow – I realised years later – that ’The Alchemist” had given me a strength, faith, belief and trust in myself, that I had never possessed before – and not too long after reading it, my life went through some big changes.

Then – 20 years ago, I read another book that forever changed my Life.

After reading the very last page of that book, I almost ran down the street to our local video shop – which incidentally was owned and operated by a lovely man called Michael, and I hired out the movie.

Of course it was no where even close to being as wonderful as the book had been – but thankfully, I had known of the movie before I read the book, so the pictures I had in my mind when reading, of the main characters, were the faces of those actors whom I knew were in the movie – so it made the transition from book to movie a little less jarring…
[Meryl Streep and Clint Eastwood in case you’re wondering!]

The book was: “Bridges of Maddison County”.

Set in the 1960s, to me it was about the ripple-effect impact that came about when photographer Robert Kincaid unwittingly wandered into the life of isolated housewife Francesca Johnson, for four days.

I am sure others would have a different view of what it was about, but that matters not…

Whatever the intent of the writer, that book gave me a metaphorical kick in the stomach – that I actually felt so very deeply; physically.

I remember physically shaking, feeling like there was a lava-pit in the depth of my stomach that was going to blow to at any second.
I felt claustrophobic almost – like I was trapped in one of those car-crushing machines, and the roof, floor, and walls were slowly closing in on me, and that before too long I would have the last vestiges of my Life, crushed from within me…

I was terrified.
I was alternately sobbing, dry-retching and eerily calm, still and quiet.

Something within me was making a very big shift – and as it turned out, I didn’t have to wait too long to find out just what that something was…

Later that evening, whilst my husband was out in the lounge-room, indulging in his usual nightly entertainment of getting drunk and playing video games, I went into our bedroom to the house-phone on my nightstand, and dialled the number of a woman whom I had met in person only a few times, but whom I had been ‘talking’ to online for almost two years.

I asked her to find a house for me and my children to live in, in her town – which was a town I had never even been to in my life, and was over four hours drive away from where I currently lived – and told her that I would arrange to have money sent to her as soon as I could.

The next day, I briefly rang my Father and without giving any explanation – told him I needed a large amount of money sent to someone he had never heard of and had never heard me speak of.

I had never asked my father for money before that day, and to his credit – whilst he must have been very wary, worried and confused, he didn’t harass me for any details, and simply did what I asked.

Over the following week, I had a few phone and online discussions with my friend – who understandably wanted reassurances that I knew what I was doing, and that I was sure about what I was doing.
I was very sure.

We also arranged that she would purchase beds, bedding, a fridge and other small necessities for the house I was planning to move into, and organise appointments for me to enrol my kids in the local schools.

That poor woman had a very busy week that week – especially seeing that as a working mother herself, she still had to deal with school runs and her job, on top of everything that I was needing from her!

The day before I planned to totally relocate myself and my children to a new Life – I told my husband what I was doing.

He didn’t believe me.

That evening was no different to any other.
Dinner was made, and eaten as a family.
The kids were bathed and put to bed at varying times that befit their age; then I went to bed – and eventually the drinks ran out and the video game was turned off – and my husband came to bed too.

The next day, I packed up my kids and my car and drove away from the life I had known.

Eight years ago, in 2010, I bought a book that had been on the Best Seller list for years, which no doubt many of you will have heard of.
That book was “Eat, Pray, Love” by Elizabeth Gilbert.

I know the general premise of the story: that it is a work of non-fiction about the author, whom ventures through Italy, India and Indonesia on a quest to learn more about herself.

I also know that it has been made into a movie starring Julia Roberts, which I have also heard decent reviews about, and I actually own a copy of, but have never watched.

And until this week, I had never opened the cover of this book and dived on in.

I’ve had no idea why not, but I just kept avoiding it – passing it by.
For some unknown reason, I have always been wary of it – getting some sort of feeling permeating from it, saying that now wasn’t the time…

I think a very big part of me has unknowingly (until now) been a lil frightened that this book might be a huge catalyst for a big Life change – and I’m just not sure I’m brave enough these days, for that sort of Adventure…

I guess we’ll just wait and see what comes of it eh!?!!