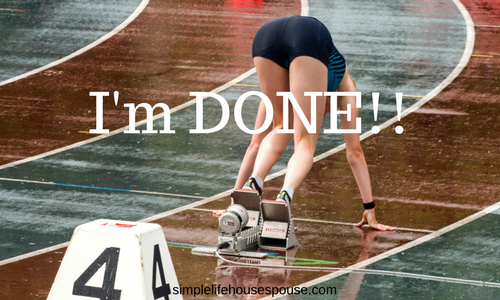 Ready to cheer me on?

I told you a week or two ago in the smoking gun post, that I was going to do it – and now here I am!!

As of last night – I am a non-smoker.
A former smoker, an ex-smoker – call it what you will.

But as of when I went to bed last night – I am deciding to not stick another cigarette in my mouth.

I’ve said this before – and I’ve caved in.
Not because I’ve particularly wanted one, and certainly not because I’ve needed one, but because I have stupidly succumbed to ‘peer pressure’ (real or imagined!) and have taken it back up again – mostly because my Love has continued smoking.

This time can not be the same as previous times.

This time it won’t be.

Because this time I’m not “giving up” anything.

Most people don’t realise how much time that smoking sucks out of the day.
And I fully believe that thats why a lot of people restart – simply because they don’t know what to do with all the time they suddenly find on their hands – and they’ve done nothing in the lead-up to stopping smoking, to ensure that they have strategies in place to combat the feeling of ‘what do i do with myself now‘….!

Personally, I’ve spent the last two weeks working out how I will combat those moments when I’d usually go for a ciggie – because all it is, is habit!

An idiotic lethally toxic habit that is poisoning our bodies, and sending us ever more quickly closer to the grave…

But ya know what?

I’m DONE with the Monster on my back!

The breakfast of a champion non-smoker