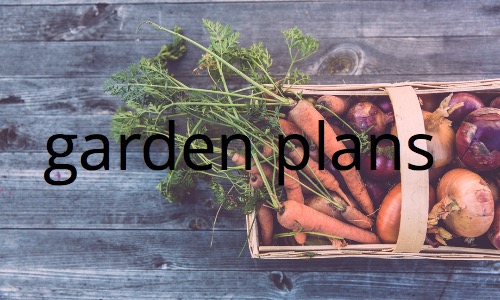 Back before we actually owned our Farm we started to plan our gardens, and to put in some raised beds, filled them with clean soil, mulched them, and got some veggies growing.
They were staples like potatoes, bean, tomatoes, raspberry and sweet potato.
We’d agreed on a price, and on a date for settlement – but had yet to do the formal paperwork.

It was partly because we were planning for the future, and partly a way for us to start ‘marking our turf’ – and gave us a warm feeling of belonging and hope.
Putting it out there to the universe that this place was going to be ours….!

We’ve since had a huge glut of tomatoes from those plants, which we’ve canned a lot of to use over the winter, and had some the sweetest kipfler potatoes ever – which are still being tossed into curries now and then.

We are currently in the process of making some really big garden beds, which will also be raised, but unfortunately not as high as the initial ones, as at this point in time its just too cost prohibitive.
We’re planning 8 beds – and each one will be 3 metres x 1 metre.

Thats been quite a bit of work, and still isn’t finished – as now that we’ve got to live on the Farm for a while, we’ve worked out that we’d really like to put a creek-type drain down the western side of our property, and to have access to be able to do that, we need to move the beds a couple of metres to the east to make that possible.
Thankfully – this decision has been made prior to us filling up the beds, so it will just be a matter of finding some time when it isn’t stinking hot and and the sun isn’t scorching everything in its path, to be able to accomplish the move.
It will take two people, as each bed is difficult enough to manoeuvre just because of its size alone, but they also weigh quite a lot – there is another logistic thrown in to make it tricky to do – because we’re rarely home together at the times that the weather makes it possible to attack the job – unless its evening – when we’re both tired and really can’t be bothered, or we just plain don’t remember until too late!

Its one of those jobs that really need to be pushed up the priority list though – as the gardens are going to be a major source of our food in the future – so the sooner we can get up and running, the sooner we will have them producing.

We have quite a few fruit trees that have been patiently waiting to be planted out too – but the back paddock – which is where the orchard is going to go – once again got away from us after weeks of alternating downpours and horrendous heatwaves – and the grass has grown higher than we can manage to mow, which necessitates getting a guy with a slasher to come in and do the job.

This will then mean that once its been slashed, we will have a few weekends in a row (weather permitting) of having to continuously mow and mow and mow – to try and get it back into not only a manageable paddock, but to try and get some of the ruts filled – as well as making it look nicer!
(which is where we are at now…)

We’re also going to have to get someone to come and help out with doing the brush cutting along the fence line – another part of the paddock job that got away from us once again.

Thankfully – winter will be on its way soon, which will mean a slowing down of the paddock and fence-line growth, and we’ll hopefully be able to get into a routine / rhythm of keeping it all in check 🙂

Remember, if you’re enjoying Simple Life Farmer, I’d love to have you sign up to have updates sent directly to you.
(you can do this in the ‘please join me’ box)
I hope you do 🙂

I’d also love to hear about what you are doing in your garden at this time of the year!
Just drop a note in the comments below 🙂