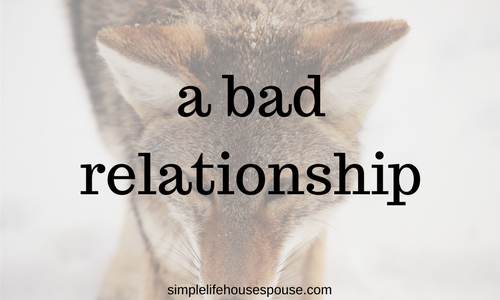 My Father had a bad relationship with alcohol.
When he was alive, I don’t recall a time when I ever thought my Father was an alcoholic – after all, unless it was a special occasion like a sunday lunch out with friends – he would never drink before 6pm.
He didn’t start the day with a ‘heart-starter’, and was never a day drinker.
He was a highly esteemed obstetrician and gynaecologist, and one of the very best in his field, and glowingly respected by peers and patients alike.

But I recall a time when we were driving home one evening, and we got pulled over by the Police for a roadside drink-driving test.
The Police came up to the window, bent down and looked in (we were in a Jaguar, so he had to bend quite a ways! lol).
He asked the usual question: “Have you had anything to drink this evening?”
“Just lemonade” I replied.
“How old are you Miss” he asked.
“10!” I replied proudly.

Yes, I was driving my Father home from an evening out.

The Policeman knew my Father (everyone knew my father!), and after my Father claiming that he was teaching me night driving and as the streets were so quiet and we were almost home, he didn’t think it would be any harm – we were let off.

My mother had left when I was four, and he and I were a team!
We had each others back.
Thats just how it had always been, and always was.
I was his world and he was mine. (not in a creepy-old-man kinda way!!!)

We travelled overseas a lot when i was young, he and I – which meant many dinners at many restaurants – and I became very adept at knowing which wine went with which food, and which vintage of which wine had produced the best flavours.
I would have a small ‘taster’ glass with my meal, probably from the age of about 8. [perhaps earlier, I don’t recall exactly.]
I learnt languages easily, and was very used to conversing with adults, and could easily hold intelligent interesting conversations.
I was somewhat of a prodigy which my father was very proud to display to all and sundry.

So obviously I was accustomed to alcohol being an every day part of life from early on.

I started drinking when I went out with friends, probably from about the age of 12 or 13.
By 15 rum had become my drink of choice, and I could often drink much larger and older men than myself, under the table with ease.
I was quite well known for my ability to consume large amounts of alcohol, without seeming to be obviously inebriated.

It wasn’t until I was maybe 15 or 16 that it clicked that my father probably actually did have an alcohol issue, which I came to realise when i figured that anyone who routinely mixed claret and vodka to get a ‘better hit’ was a bit of a concern!
(Claret probably should have been a clue too! 😐 )

He died at age 76 – from issues unrelated to alcohol – but he drank daily right up until the day he died, and certainly didn’t need company as an excuse, he was more than happy to drink alone.

From ages 14 to 30, I had three instrumental intimate relationships.
I left relationship #1 due to my partner having an extremely unhealthy love of marijuana, and could not begin the day without indulging, and whom wound up with drug induced psychosis and a penchant for spousal abuse.

Relationship #2 was a fairly short transitory one, that served a purpose of companionship for each of us.
However – our most common denominator was rum.
We both looked forward to the end of work every day, as we could then crack open a nice new bottle of rum each, and we would drink until each bottle was done.
Sleep, work, drink.
That was our thing…

I ended this relationship when I woke up to the fact that what I was doing was idiotic, dangerous, and was going to send me into a spiral at some point if I didn’t get my shit together!
I didn’t drink, by choice, for about a year.

Enter relationship #3.
When we first started dating, it was the 80s and a whirlwind of disco, big hair and clubs ensued.
About a year in, I again had that little epiphany that this wasn’t good for me, and changed how I was living life.

The next few years were busy, and I would only drink on the very rare occasion that we went out with friends.
My partner drank more often – not daily, but maybe 4 to 5 times a week.

A couple more years passed, and Life quietened down a bit, and i somehow got into the habit of having a glass of wine most evenings while I was preparing dinner.
Before long, I was drinking a bottle of wine – or close enough to it – every night.

This went on for a couple of months before it actually twigged to me that i was again drinking quite a lot, and I again stopped drinking, and only drank moderately at the very occasional social outing.

In the years that followed, my partner began drinking daily.
Drinking a lot each day, but never before the end of the workday.
At least 4 or 5 nights a week drinking to the point of passing out.
This went on for a lot of years.
(I’m definitely patient, hopeful or stupid! A bit of all three i think…)

I tried to get my partner to slow down or stop – to get help.
I even spoke to my partners family and begged for help and support, but I was the only one who saw the reality – and I didn’t get the help or support I so desperately begged for.

By this point i was in my late 20s and over the years, along with everything else that had been going on, I had become very self-aware.

I now understood that there was something in me that unknowingly had made me gravitate toward people with dependency issues.
I also understood that my genetics predisposed me to a liking for alcohol just a little too much, if I didn’t monitor myself.

By the time I was 30, I was done with relationship #3.
My partners uncontrolled drinking had ruined any semblance of a relationship that was left.

And I vowed to myself that the topic of responsible alcohol consumption would be broached early on, in any new relationship I may have going forth.
I won’t ever again live long-term in a relationship that has alcohol as one of its foundation stones.

I am now 52.
I rarely drink, preferring to save it for special occasions – but will sometimes have a glass of wine with my Love on a friday evening.
Last week after a particularly shitty day at work, I did come home and have a Ruski at 4pm – but I’m not worried that I did that.
Its super out of character, and definitely a one off.

I had one – and that was it – i was done.
I am accountable for my drinking, and thankfully (in this case) I am my harshest judge and critic!!

So – when was the last time that you interacted with your loved ones, your friends, your colleagues or your clients, that you didn’t have alcohol in your system?

Have these people even met the real you?

And heres something else to ponder.
Just because you don’t drink before a certain hour, you never miss work, or you’ve never got into trouble with the law or thrown out of somewhere – does not mean you don’t have an issue with alcohol.

Do you:
Drink heavily when you are disappointed, under pressure or have had a quarrel with someone?
When drinking with other people, do you try to have a few extra drinks when others won’t know about it? (eg: before you get to the venue?)
Continue to drink, despite health, financial or family problems?
Do you sometimes feel uncomfortable if alcohol is not available?
Do you sometimes feel a little guilty about your drinking?
Are you comfortable with drinking alone?
Has a family member or close friend expressed concern or complained about your drinking?
Do you often want to continue drinking after your partner or friends say they’ve had enough?
Do you continue to drink in spite of relationship problems?
Do you go to sleep quickly but have difficulty staying asleep all night?
Have you sometimes failed to keep promises you made to yourself about controlling or cutting down on your drinking?
Do you ever have feelings of guilt associated with drinking?
Do you routinely drink to de-stress?

If you answer yes to more than four of the above, then its time to do the hard work.
Be honest with yourself and if you can’t manage your alcohol consumption on your own – get help!!

You will thank yourself for it – you have nothing to lose and everything to gain.
Don’t wait until its too late…