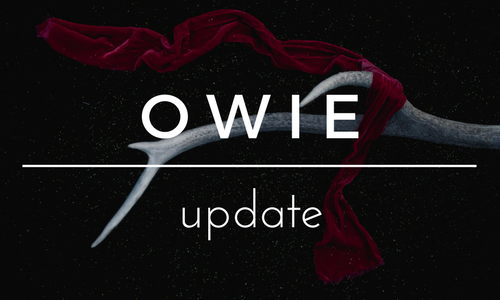 Its time for an owie update folks!

I’ve been going to the Physio, and doing my exercizes for a few weeks now – and as promised it’s time for an update.

I’ve been managing to get around much better – and have been getting up to five hours straight of sleep, which for me is almost unheard of.
The usual is 2-3.

The Physio has been really pleased with how quickly I’ve progressed, and her enthusiasm and encouragement has been giving me a lot of confidence in myself, and in the ability of my body to get better from this – and it’s been keeping my optimism at a high – which has been great.

We’ve had the threat of a cyclone looming for the last week, and whilst it thankfully (for us) headed south and removed us from its path – in the days prior to it moving its course, we were on watch and cleanup mode – most of which we did on Saturday.

We didn’t have a lot to stow away at the Farm, but there were a pile of empty pots, and some rolls of wire, and the shipping container needed reorganising to be able to fit extra loose objects in, like wheelbarrows, tools, gates and such.

I did most of this by myself, as my Love had work appointments.
But I went slowly and carefully, and did all the jobs mindfully and with care.

Sunday morning rocked up, and getting out of bed was rather an ordeal, but after getting going, the rest of the day went ok, and I just pottered about doing Sunday-type stuff.

Monday morning getting out of bed was difficult and hurt.
I took some pain meds which got on top of it, and whilst I was uncomfortable for most of the day – I managed.

Tuesday is one of my (paid job) work days.
I was woken by pain at 3am.
Tried various positions, got up and had a walk and stretch, but after 45mins and being reduced to tears from the pain, I gave in and took some meds, and finally got to doze about an hour later, until the alarm went off just before 6.

I spent a lot of the day getting up and down, and wriggling about, so that nothing would ‘seize up’ too much – and midmorning I phoned the Physio, requesting if they had an appointment I could have today, instead of waiting for my 3:45pm appointment the next day.
Alas – my Physio was booked out – so I’d have to wait.

About an hour later the Physio rang back.
They had a 330 appointment if I could make it?
Yes please!

So I leave work, go to the Physio, and check in at the desk, then sit to wait.

After about 10mins, the receptionist comes over and tells me my appointment is for tomorrow.

I called you in desperation to get an earlier appointment, and you call me back later – to change my appointment by 15 minutes..??!!??

Yep – that’s what they did.

I left and went out to my car.
Tears welling.
Just as I was pulling out, the receptionist came out to the car.
I could come at 10:30 tomorrow if I’d like?
Yes please – I’d like!

So here I sit in the waiting room once again – hoping to lift my spirits and my pain, and get back some of that optimism…

I’ll let you know how I go,