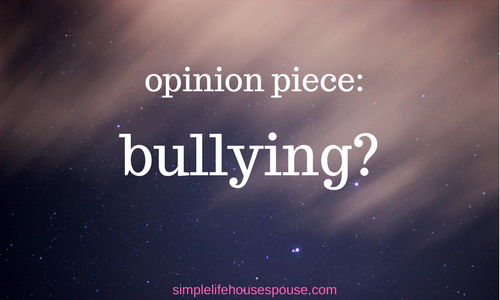 There has (rightfully!!) been a lot going on in the media of late – about bullying, which has been particularly spurred on by the tragic suicide of a young country girl, after being horrifically bullied by her peers.

Now Barnaby isn’t someone I’m a fan of.

I don’t know the bloke personally – nor do I have a desire to – but I do know a fair bit about his political and personal opinions on matters, which he has bleated on about incessantly – and I do not like them, not one bit!
(to quote Cat In a Hat!)

Barnaby has recently been even more of a dick than usual. [pun not intended lol].

For those that dont know – Barnaby has been busted as having had an extra-marital affair with one of his staffers, whom is now pregnant as a result of said affair.
Barnabys marriage has dissolved, and there is an ex-wife and 4 daughters left behind as a part of this tragedy.

I whole-heartedly put my hand up as having an opinion on this, and having shared a meme (maybe even two!) that indirectly related to this matter.

But now its getting a bit beyond a ‘joke’…
Not that – I’m absolutely sure – it was ever a joke to those whom are intimately involved in this shambles!!

Now – i think that its treading a very slippery line of bullying-by-the-masses.

Theres no two ways about it.
This guy is a twit!

He has some truly idiotic personal and political views that he’s not backward in coming forward about.
He’s a public figure, and he’s our Deputy Prime-minister and as such there is definitely some accountability to be had.

He without doubt, had in inappropriate affair with a subordinate, whilst he was still married, and whilst he was seen and heard all over the media spouting off about “the sanctity of marriage”…

But this is also about his personal life, and the lives of 6 women and an unborn child whom are all a part of his inner ‘family’ circle.

While he isn’t helping himself at all as far as the media and public perception goes – and whilst I fully believe that it would be best for all concerned, including his political career; if he stepped back and quietly disappeared from public life – I do think its time that the media and others (including myself!) moved on and stopped this culture of mass-bullying…